More than 200 migrants have drowned at sea in the Mediterranean in the past three days, taking the death toll for the year to more than 1,000 and prompting fears that human traffickers are taking greater risks because of a crackdown imposed by the Italian government and the Libyan coastguard. 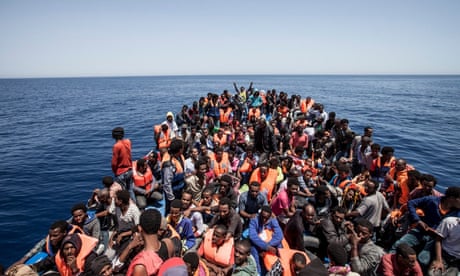 It’s 34,361 and rising: how the List tallies Europe’s migrant bodycount

The UN refugee agency in Tripoli reported on Monday that 276 refugees and migrants were disembarked in the Libyan capital on Monday, including 16 survivors of a boat carrying 130 people, of whom 114 were still missing at sea. Further shipwrecks were found at the weekend.

On Tuesday the Libyan coastguard reported a further seven deaths and a further 123 migrants rescued.

The 1,000 deaths landmark was reached on 1 July. It is the fourth year in succession that more than 1,000 migrants have died trying to reach Europe via the Mediterranean Sea.

Othman Belbeisi, the chief of mission in Libya at the International Organization for Migration (IOM), claimed the “alarming increase” in deaths at sea was out of the ordinary. 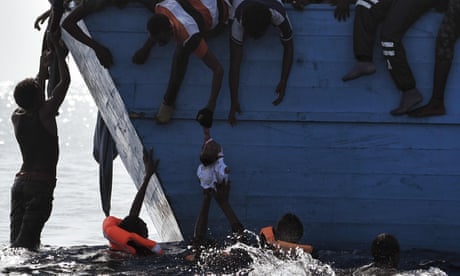 Migrant sea route to Italy is world’s most lethal

“Smugglers are exploiting the desperation of migrants to leave before there are further crackdowns on Mediterranean crossings by Europe,” he said.

Overall the number of migrants reaching Italy by sea is down on last year’s figures, but the proportion of those trying to reach Italy that are drowning is rising, prompting claims that the stricter Italian government policy is to blame.

Figures prepared by Matteo Villa, a research fellow at the Italian thinktank ISPI, show that so far in 2018 only half of those leaving Libya have made it to Europe, down from 86% last year.

The Libyan coastguard has returned about 10,000 people to shore this year, according to the IOM. That trend is likely to continue due to three changes of policy by the new Italian government. It has closed the country’s ports to NGO rescue ships; agreed to send an extra 10 motor launches and two ships, dinghies, equipment, and vehicles to help Libyan coastguard; and extended the search and rescue area for which the Libyan coastguard is responsible, therefore reducing the area in which the NGOs and EU ships have responsibility.

The EU has also reinforced its direction to the NGOs to obey the orders of the Libyan coastguard. For the first time in months, no NGO ship is operating in the Mediterranean. Two NGO vessels docked in Malta have been detained by the authorities and prevented from leaving to carry out operations.

The Italian deputy prime minister, Luigi Di Maio, a member of the Five Star Movement, said the deaths should not to be used as evidence to dispute the government’s tough new migration policy. “We will supply motor launches to Libya because the healthiest thing is that the Libyans should carry out the rescues, and take [the migrants] back to the Libyan coast,” he said.

The Italian policy changes have increased the numbers of people put in Libyan detention camps, which have been widely criticised by human rights groups and by UN agencies.

Matteo Salvini, the Italian interior minister and driving force behind the policy, has denied claims that the Libyan detention camps are overcrowded prisons, saying he has visited a detention centre there and found the conditions acceptable.

But the IOM’s Belbeisi said: “Migrants returned by the coastguard should not automatically be transferred to detention. We are deeply concerned that the detention centres will yet again be overcrowded and that living conditions will deteriorate with the recent influx of migrants.”

The UN says up to 10,000 people are being held in detention camps.

At a briefing on Monday, a European commission spokeswoman said ships and boats flying the European flag and making rescues at sea could not bring migrants back to Libya.

“It is against our values, international law and European law,” Natasha Bertaud said. “We are well aware of the inhumane situation for many migrants in Libya. The UN is working to improve their conditions and there is an emergency transit mechanism to evacuate these people from Libya.”

The IOM director-general, William Lacy Swing, will return to Tripoli this week to see first hand the conditions faced by rescued migrants and those returned to shore by the coastguard.

The overall numbers reaching Italy are still below last year, but the Italian populist government faces a problem of dealing with a backlog of more than 500,000 people whose asylum cases have not been processed.

So far, the EU’s main proposal to prevent migrants reaching Europe – setting up asylum processing centres outside Europe – has been rejected by leaders in Albania, Algeria, Egypt, Libya, Morocco and Tunisia. But the EU has yet to apply any serious pressure on these states, which are heavily dependent on EU aid.